Buenos Aires: a world, Argentine warmth and ties between countries.

Zachary Erickson arrived in Buenos Aires from the United States as an exchange student of Letters and Humanities at the Universidad del Salvador. We asked him some questions to be able to share a little of what his experience in the City was. See more of Zachary in Buenos Aires here!

1. For you, what does a student have to know about life in this country?

An exchange student should know that Buenos Aires is an ideal city to expand cultural horizons. You participate in a city that is deeply Latin American and cosmopolitan. In Buenos Aires there is the whole world (as if Buenos Aires were the same “Aleph” that Borges writes), and a foreign student has a great opportunity to improve his knowledge of the whole world while he comes to know the most beautiful piece of him they call Buenos Aires. Such a student is enriched so much by moving away a little from his preconceived ideas about the world outside his country of origin and delves into the peculiarities of Argentina.

2. Is there any aspect of the Argentine customs that you have discovered?

Many foreigners will have to prepare for kisses on the cheek. For Americans, and for many people who come from a culture that is a bit cold with respect to physical contact between acquaintances and friends, the habit of greeting each other with a kiss must be both very pretty and very rare. Regarding my stay in Argentina, I had to get used to this, but once I got used to it, it seemed like a custom that represented very well the friendly character of the Argentines. 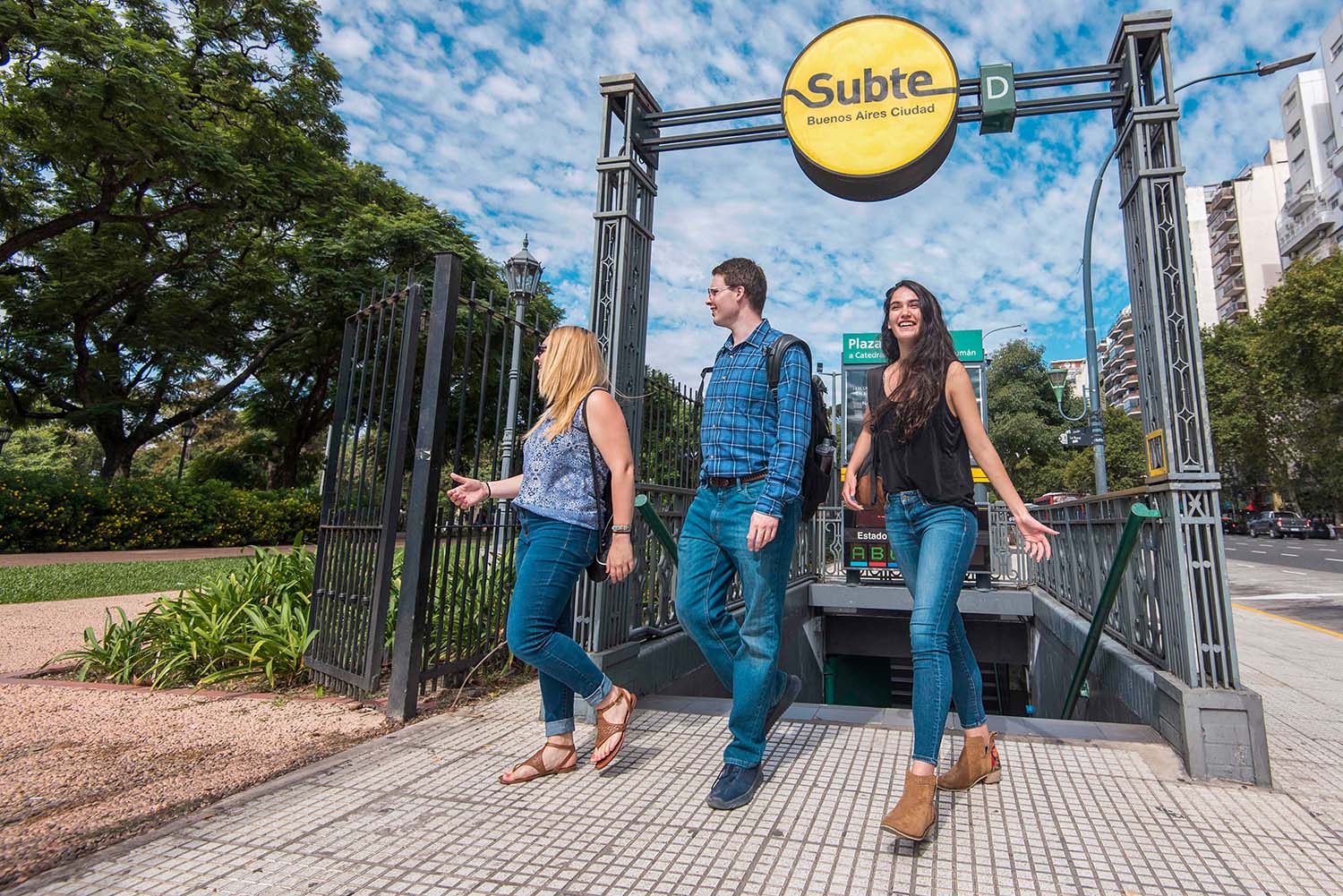 3. How was your exchange experience?

For most of my time in Argentina, I sang in the Trinitatis Liturgical Choir of the Metropolitan Cathedral. As part of this experience, I was able to sing at the Tedeum on May 25. I could not believe it; I, a Yankee in an Argentine choir, sang the Argentine national anthem in the presence of President Macri and, moreover, in the presence of the remains of the Liberator San Martin. I remember that my mother, who comes from a deeply American Irish family, was very happy to learn that the Father of the Argentine Navy was Irish. My feeling in singing to the Liberator was something similar, although I am completely lacking in Latin American blood, I was so proud to honor the Fatherland and his Father. In the US UU we tend so much to believe that we are the only important country in the world, and at the same time we emphasize so much our pride in representing the dream of American freedom. It is very important that we recognize that the other peoples of America also participate in that dream and that pride. Having the privilege of that unique experience, I could see something clearly: if we are going to create a more just world where peace flourishes, the bonds of love between American countries cannot be neglected.

Experiencia Buenos Aires Internacional, the internship program for international students in the Government of the City of Buenos Aires.

The Argentine love, the meaning of mate and a city with everything.

There are already 100 selected for the 2nd phase of the Scholarships!

On Friday, May 31, the 1500 applications were processed and 100 candidates were selected who will go to the next stage to study in Barcelona, ??Mexico and Los A...